More than 500 names were submitted for this year’s honor, and a panel of past Forty Under 40 winners — including IU Southeast Vice Chancellor for Enrollment Management and Student Affairs Jason L. Meriwether — narrowed the field down to the final 40 candidates. 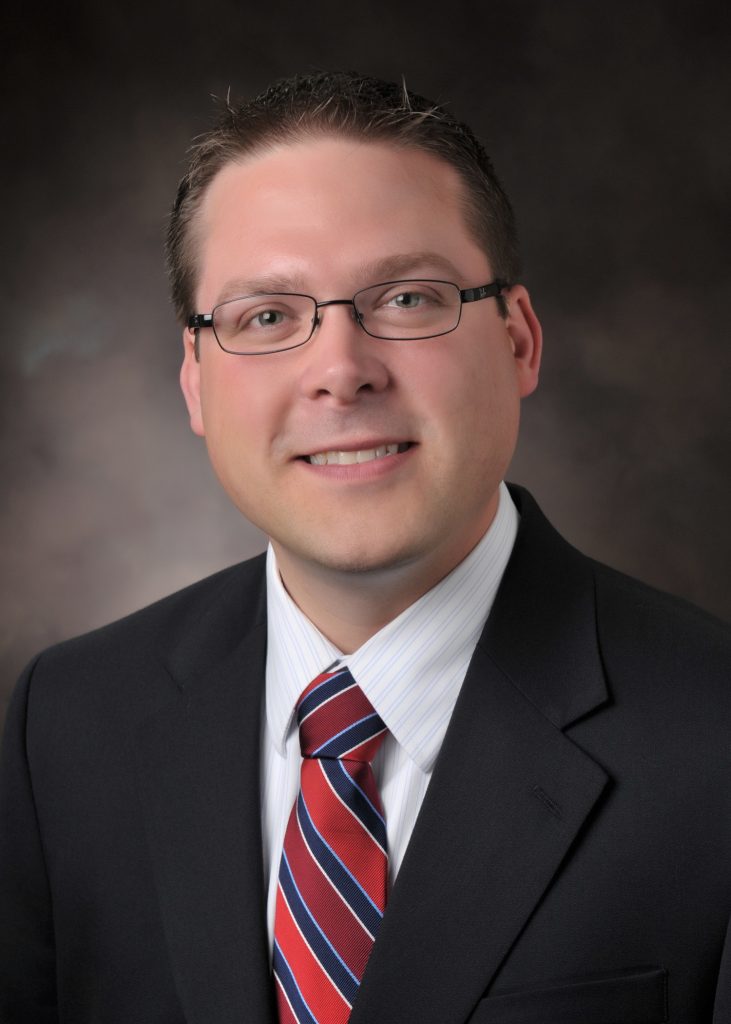 “I am very honored to be recognized by the Louisville business community and to have been selected as a Forty Under 40 recipient,” Randolph said. “The achievements that I have made in my career have only been possible because of the many wonderful people who have supported, guided and shaped me along the way.”

Randolph first came to IU Southeast in 2003 as an administrative assistant and music business adjunct lecturer and served in various roles on campus before becoming director of the Ogle Center in August 2013.

As director, Randolph is responsible for establishing and coordinating the artistic, strategic, and philosophical direction of the Ogle Center by defining its role, including recommendations on policy. He attends the Arts Midwest Convention, the preeminent booking and education conference for the Midwest performing arts industry to network with musicians, dancers, comedians, and other talent acts, as well as with other presenting organizations like the Ogle Center. He also oversees management of the facilities, the ticket office, marketing and technical operations of the center.

Randolph has worked to strengthen the Ogle Center’s position through collaborative partnerships, including musical performances by the Louisville Orchestra and the IU Southeast Music Department, the IU Southeast Summer Pops Festival and the Children’s Series. He also played an instrumental role in displaying a significant regional art collection at the Ogle Center. Called the James L. Russell Wonderland Way Collection, the ever-growing permanent art collection preserves the history of the region in art. Randolph also assisted with securing a $655,000 gift to support the Ogle Center Endowment Fund and name the Ogle Center Recital Hall.

He serves on the board of the Arts and Cultural Attractions Council and is president of the Indiana Presenter’s Network. His hope is to showcase local talented performers and cultural organizations that believe that access to education through the arts is a valuable tool in a child’s development.

“The future of our region promises to be a bright one because the people with whom I work daily are deeply passionate about their work,” Randolph said. “They are the experts in their fields, and they care about making a difference in the lives of our students. My family and the entire IU Southeast team share in this award as they are amazing in what they do, and I am grateful for their support of me in all that I do.”