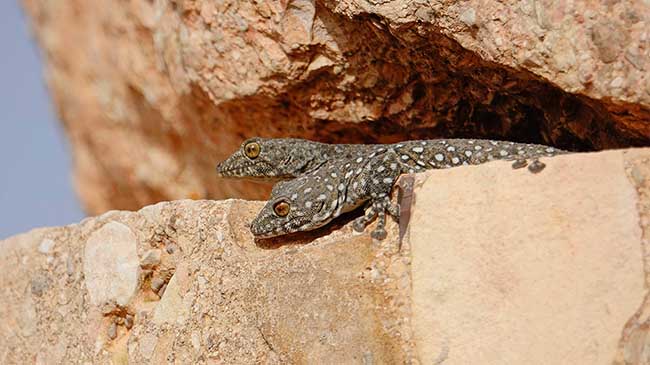 (NEW ALBANY, Ind.)–Dr. Omar Attum, associate professor of biology, has made a name for himself in the field of conservation biology through his publications and photographs.

Through his teaching and leadership of field biology trips, he has also opened the eyes of IU Southeast students to the wonders of regions not normally associated with that field: the Middle East, the Sahara and Arabian deserts and the Red Sea.

This summer, Attum was a postdoctoral fellow at the American Center of Oriental Research-Council of American Overseas Research Centers (ACOR-CAORC), based in Amman, Jordan.

Here, in collaboration with ecologists from the Royal Society for the Conservation of Nature (RSCN) in Jordan, he examined the biodiversity value of cultural and archeological sites at Umm Qais and Yarmouk.

Umm Qais is the site of the ancient Greco-Roman city of Gadara, now the location of archeologically significant ruins in Jordan dating to well before 330 B.C.E., when it fell to Alexander the Great.

Using visual surveys and line transects to survey birds and reptiles, and using bat detectors at night to record bat echolocations and identify bat species, Attum compared the biodiversity of the archeological sites to that in more natural habitats.

That diversity includes reptiles such as the starred Agama lizard, Levant fan-footed gecko and endangered Greek tortoise, and birds such as the little owl and black-eared wheatear.

“Essentially, the ruins of empires are an oasis of vertical rock habitat,” Attum wrote in a blog from the site.

With sites such as these at risk of abandonment or development, research such as Attum’s can help shape public policy for generations to come.

“This research gives a science-based justification for the preservation of archaeological sites as areas that are biologically important,” Attum said. 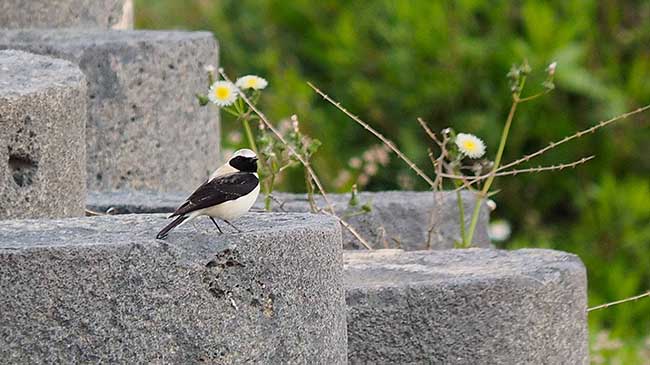 A black-eared wheatear amid the ruins. Photo by Omar Attum.

The research also has a personal resonance for Attum.

He recalls picnics amid the ruins of Jerash and other sites while visiting his family in Jordan as a boy, and the sound of his grandparents calling to him as he scampered off “to explore, climb and look for reptiles in the ruins of an empire from over 2000 years ago.”

The question of how animal life could thrive in such surroundings haunted him even then.

As a researcher, he has continued the search for answers at sites such as Petra and Umm Qais.

“As a wildlife biologist I have realized that archaeological sites have significant potential biodiversity value,” Attum wrote. “As an ACOR-CAORC fellow, I have finally had the opportunity to test my hypothesis, and to answer the question from my childhood.” 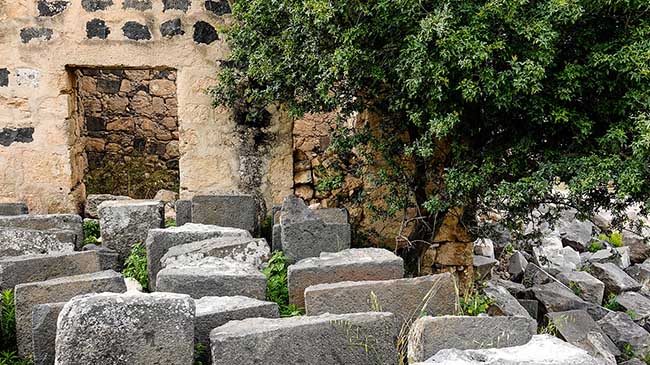 The fellowship has allowed Attum to work with an international group of scholars assembled in Amman, working on a variety of topics focused on one of the world’s most dynamic regions.

From the excavation of a 10,000 year old site to a discussion of the challenges faced by Syrian refugees, history continues to unfold in all directions here, providing a unique context and viewpoint for Attum’s research.