(NEW ALBANY, Ind.)—The winners of the 2017 IU Southeast International Photography Contest have been announced, in a selection showcasing sensitivity and introspection.

This year’s submissions included 26 images from nine different countries. Winners revealed a keen eye for subtleties of light and a nimble ability to capture the moment.

The International Photography Contest is part of International Education Week, a joint initiative of the U.S. Departments of State and Education that began in 2000 and is now observed in about 100 countries.

Winners of the Critic’s Choice award were selected by a small faculty-staff committee with expertise in both photography and world travel. Winners of the People’s Choice award were chosen by people who viewed the photographs during International Education Week and submitted their selections in the ballot box. The winning photographers will receive official recognition and prizes during the International Festival in Spring 2018. 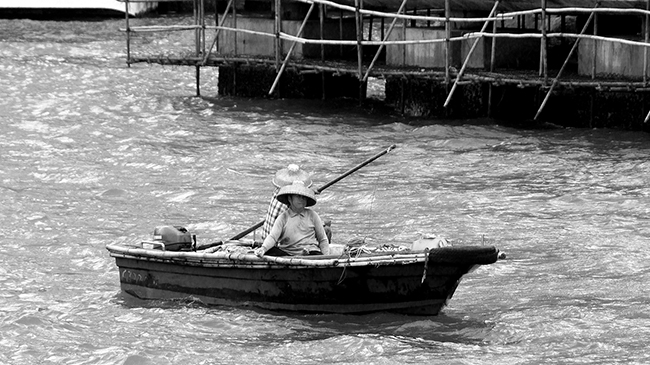 While riding the Star Ferry from Kowloon to Hong Kong Island on a breezy, overcast and showery day, IU Southeast international studies/French/geosciences major Rebekah Raisor took advantage of her favorite type of light—”moody and dark, with high contrast”—to capture an image juxtaposing traditional and modern aspects of China.

“I found the juxtaposition of this scene to be particularly fascinating: two fisher-people wearing traditional Chinese hats, dropping lines with the bustling city of Central Hong Kong behind them.” 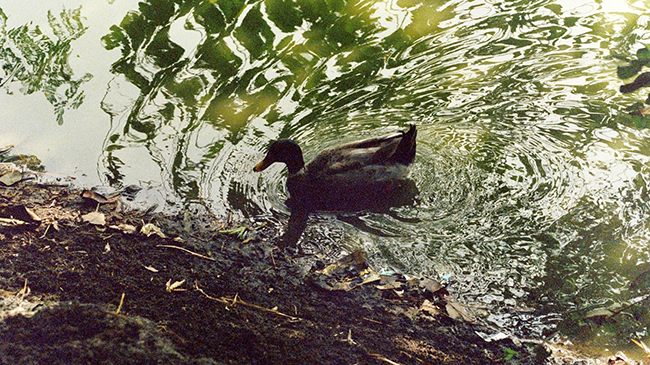 Walking through the idyllic landscape of his father’s native village of Jangipara in the state of West Bengal, India, with its date, fig and palm trees, and rustling groves of bamboo, IU Southeast Associate Professor of Physics Subhranil De captured this image of immense tranquility that also reveals formal complexity.

“The duck sent waves to tear apart the reflection of the banana leaves on the pond water, thereby weaving a beautiful pattern,” De said. 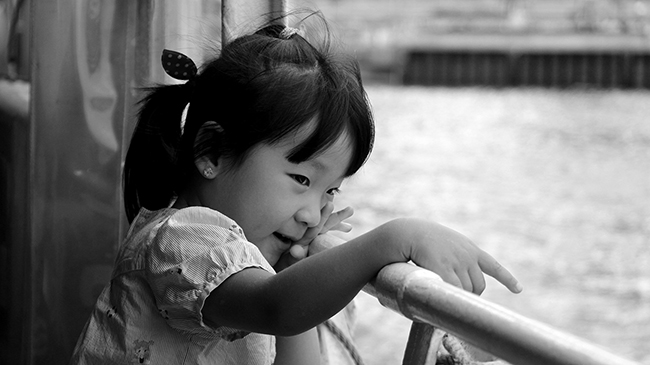 “Young Girl on the Ferry” (detail) by Rebekah Raisor.

A moment of composed magic and deep personal resonance on the Star Ferry between Kowloon and Hong Kong.

Student Rebekah Raisor, an adoptee, knew little about her heritage until 2009. A DNA test revealed her heritage to be strongly Chinese, providing an explanation for her appearance. Traveling to China felt like a homecoming—for the first time, she felt surrounded by people with whom she could ethnically identify.

“‘Young Girl on the Ferry’ is the embodiment of my wishful, childlike mentality,” Raisor said. “I imagined what it would have been like to grow up in China, immersed in a culture all my own.” 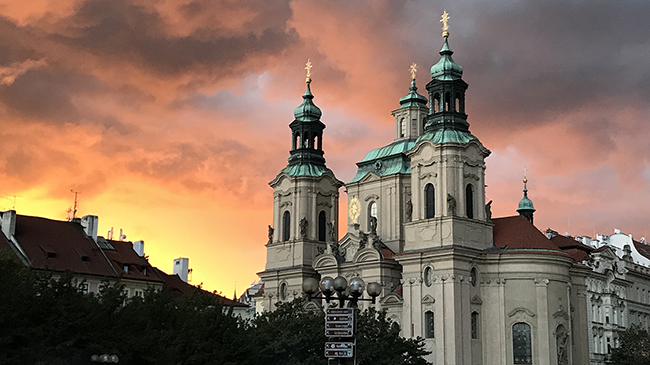 Sometimes magic can happen in an instant. Walking to dinner in the Old Town of Prague, Czech Republic, IU Southeast Associate Professor of Secondary Education Alan Zollman happened to look up and notice the church of St. Nicholas against a dramatic evening sky. To Zollman, the unfolding scene resembled a painting.

“Sometimes you get lucky and are in a perfect place at a perfect time,” Zollman said. “I was so nervous since I knew I was only going to have a few seconds to take the picture,”