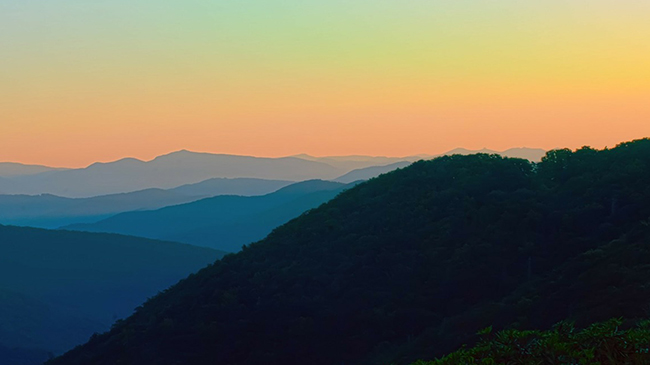 (NEW ALBANY, Ind.)—In 2015 venture capitalist and Ohio native J.D. Vance published “Hillbilly Elegy: A Memoir of a Family and Culture in Crisis,” recalling the hardscrabble milieu of his youth and the values and attitudes that shaped and, in many ways continue to shape society in Appalachia.

The book became an instant bestseller, and for those not directly acquainted with the region, it also seemed to provide a key to understanding the groundswell of alienation and grievance that fueled political insurgents in the 2016 election cycle.

“Hillbilly Elegy” is The Common Experience’s book for 2017-18, providing context and themes for a series of events including art exhibitions, public lectures and community conversations.

Vance’s book touches many among IU Southeast faculty and staff with Appalachian roots. Several will gather on Tuesday, Oct. 17 to discuss and respond to the book and the issues it raises. As with all Common Experience events, the community is welcome, and those with Appalachian ties are especially encouraged to attend and contribute to the conversation.

Despite the diversity of their fields and the divergence in their personal biographies, all share an Appalachian heritage and a familiarity with the place and its culture.

Hunt remembers weekly trips to his grandparents’ home in the West Virginia, playing with cousins and walking up the hill to the original family homestead.

Staten’s great grandparents worked in the coal mines of West Virginia and Eastern Kentucky, and his grandfathers worked on the Ohio River, loading coal onto barges, and in the steel mills of Huntington, W.Va. His father also worked on the railroad. Like Vance, Staten left Appalachia to pursue career opportunities beyond the region’s limited focus on coal.

“Hillbilly Elegy” paints a picture of the region and the people that is both affectionate and critical. Vance, who escaped poverty and a dysfunctional family through military service, education and the guidance of his grandmother, respects traits such as the honor code, the hostility to elitism and the passionate defense of freedom but criticizes habits such as the propensity to violence, the insularity and what he perceives as learned helplessness through acceptance of a fatalistic narrative about advancement in life.

For Staten, there is much that resonates. But he believes that some of Vance’s criticisms have led many readers to see the entire region as a backward culture that lacks personal responsibility and self-discipline.

“I believe that not only is that a wrong picture of Appalachia, but it contributes to the use of hillbilly as a negative or perjorative term,” Staten said.

The region and its society are far more diverse and nuanced than conventional narratives suggest.

On a political level, Vance appears to attribute the region’s poverty to these personal weaknesses and group mentality rather than structural or institutional failings, which is debatable, according to Staten.

For his part, McTyier thinks that Vance’s book does ring true, but as one white man’s story rather than a definitive statement on the Appalachian experience.

That story is more historically complex, requiring an understanding of how the region’s distinctive culture came to be, as an ethnically diverse lowland population was pushed into the hills by the burgeoning slave-holding economy, and ultimately joined by new waves of primarily Northern European immigrants unable to find good farmland near the coast.

“As they settled into the hills of the American frontier, they planted seeds of distrust in centralized remote government, and in outsiders who would judge them for their poverty,”
McTyier said.

That experience echoes today in widespread suspicion and resentment of social and political elites.

Yet that’s not the whole story, as the panelists agree. Waves of outward migration have seen the region’s youth leave to seek prosperity elsewhere, while many return to inject new ideas, new industries and new ways into the place they will always call, in some way, home.

McTyier and his fellow panelists remain conscious of the role Appalachia plays in their own lives and feelings, lending the upcoming conversation a unique blend of academic insight and personal reflection.

“I’m a product of the mid-Atlantic, Western Europe and the West Coast as much as Appalachia, as a result of my father’s, and now my, career,” McTyier said. “But in private moments, I reckon myself a hillbilly at heart.”