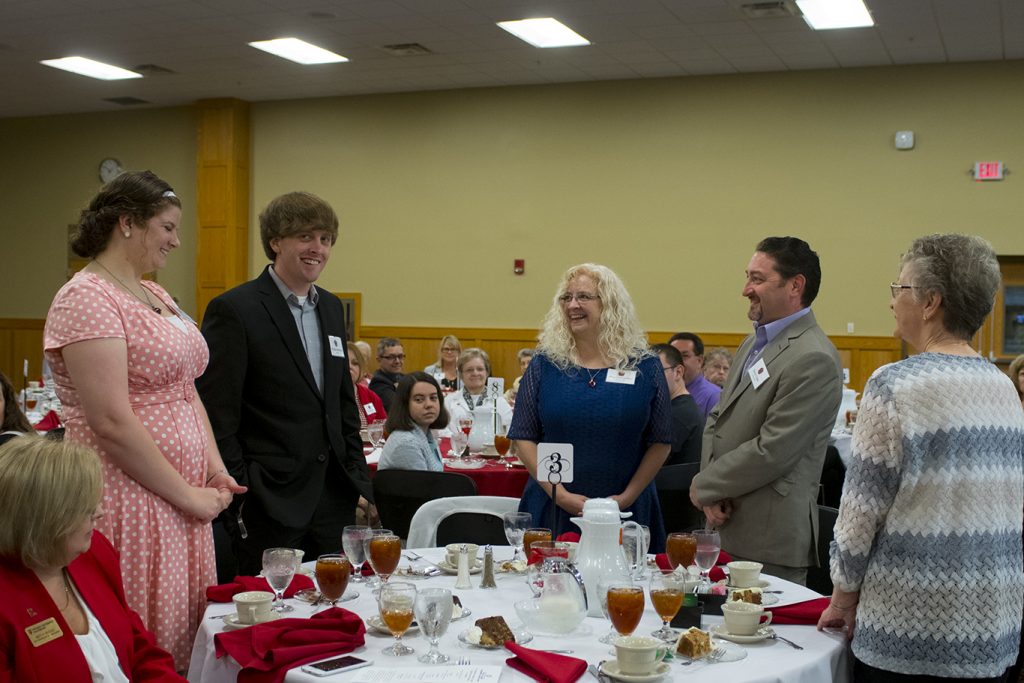 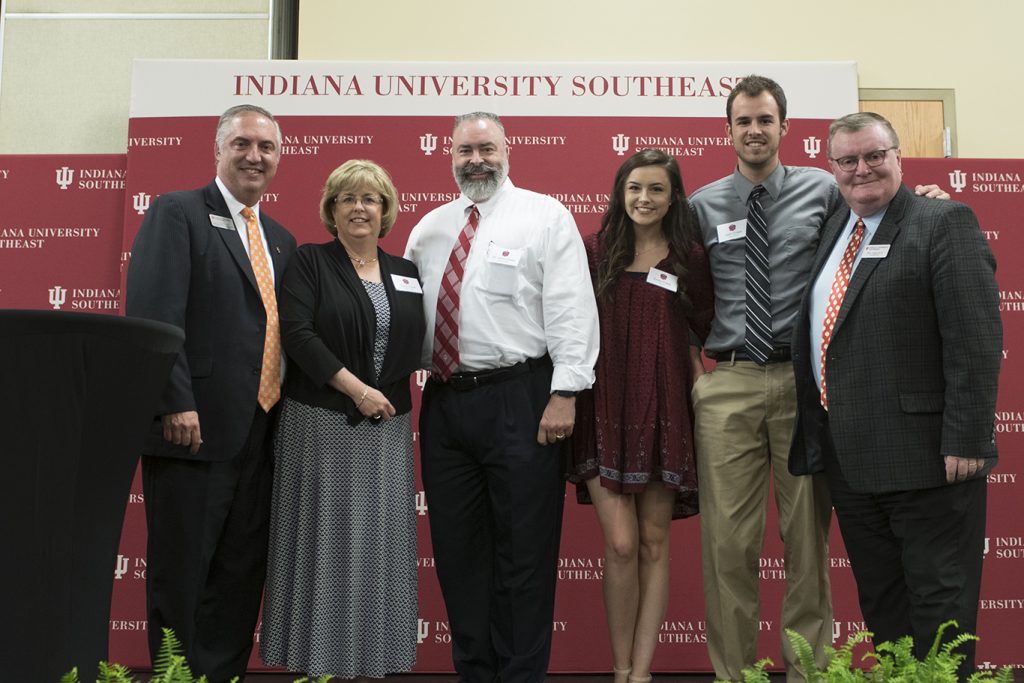 The Clarks and 41 other families gathered on April 3o to celebrate their generational commitment to the university as the first-ever inductees into the IU Southeast Alumni Legacy Society. The society aims at celebrating those who have made an IU Southeast education part of their family tradition.

“Alumni and students are the most important part of the IU Southeast community, and this program is designed to honor those families for being part of this university’s proud tradition,” said J.T. Douglas, director of alumni engagement and annual giving.

Like the Clarks, several families in attendance can trace their roots with IU Southeast back three generations. Others, like Dr. John Crase and Tracy Crase, attended IU Southeast and are now watching their children, Josh and Emily, follow in their footsteps.

“Your loyalty tells us that the education you received and the experiences you had at IU Southeast is valuable and worthy of your loved ones,” Chancellor Ray Wallace said during the society’s pinning ceremony.