(NEW ALBANY, Ind.)—The winners of the 2016 IU Southeast International Photography Contest have been announced, in a selection showcasing wit, compassion and a sense of wonder.

This year’s submissions included 62 images from 25 countries, with the winners representing not only cultural diversity but also a wide range of photographic genres and individual creative sensibilities. The winners, in four categories, celebrate the ability to capture a special moment, and the immediacy and impact of personal experience that are the hallmarks of great photography.

“The photography contest is a way to highlight International Education Week, a joint initiative of the U.S. Departments of State and Education that began in 2000 and is now observed in about 100 countries,” said Dr. Jean Abshire, associate professor of political science and international studies, and co-director of international programs. “It’s also a great way to draw the visual arts into our international diversity activities on campus.”

Winners of the Critic’s Choice award were selected by a small faculty-staff committee with expertise in both photography and world travel. Winners of the People’s Choice award were chosen by people who viewed the photographs during International Education Week and submitted their selections in the ballot box. The winning photographers will receive official recognition and prizes during the International Festival on March 21, 2017. 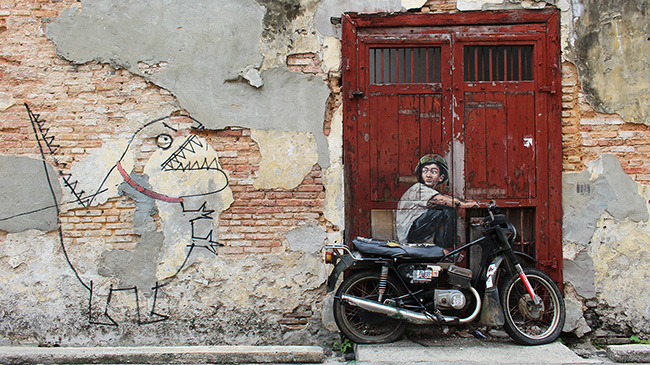 While in Penang, Malaysia in the summer of 2016, Yeoh, assistant professor of fine arts at IU Southeast, captured a mural created by Lithuanian-born artist Ernest Zacharevic. According to Yeoh, murals such as this have made Penang’s Armenian Street famous for street art.

“I felt that the young artist has managed to capture the essence of playfulness in a trompe l’oeil juxtaposed on a decrepit motorcycle,” Yeoh said. “The mural visually eternalizes one of the many activities of the island’s inhabitants in a surrounding that has become increasingly gentrified.” 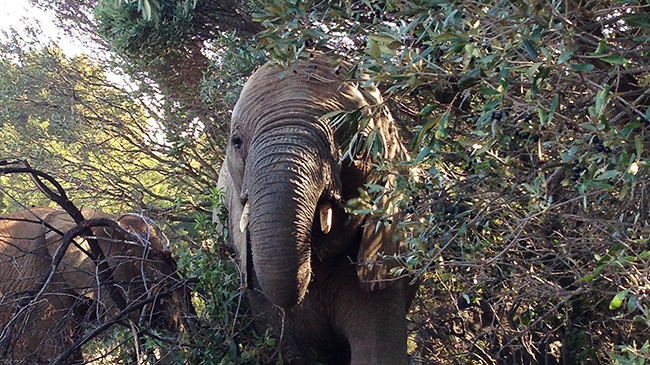 Hannah McGraw captured this image of a pack of elephants while visiting South Africa in 2013. She stood so close that she was able to touch the elephants as they walked past.

“I chose this picture not just because of my love of animals, but also to share the beauty of the elephant in its natural environment,” McGraw said. “I don’t believe animals should be killed for their skin, or even in this case their tusks. Elephants are endangered animals, and in this moment I couldn’t understand why people could kill such magnificent animals that live in our world.” 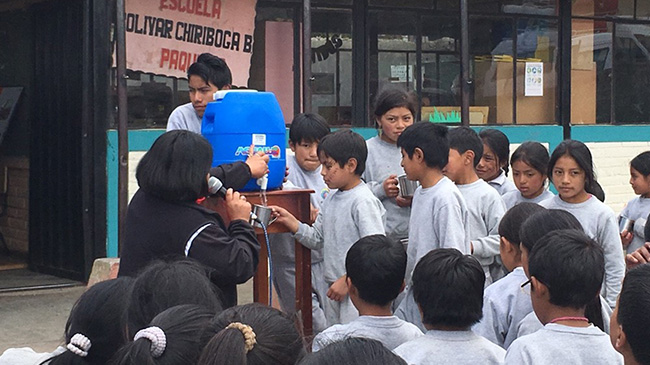 Brittany Goode was part of the Summer in Ecuador program in 2016. Her photograph shows school children in the indigenous village of San Gerardo taking their very first sips of treated, clean drinking water.

“In San Gerardo, we helped to improve the community by providing clean water using water purification systems from WaterStep in Louisville, Ky., building showers for the students, donating baby beds for the daycare, donating school supplies for the students, and teaching the students about health and hygiene,” Goode said. “The students and their families were very sweet and appreciative, and we were welcomed with open arms.” 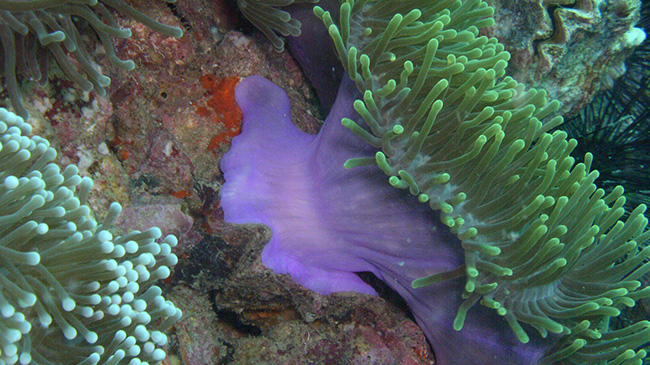 In her underwater photograph, Robin Hook takes viewers into the heart of the world’s largest living organism near Cairns, Australia.

“When I started diving, the Great Barrier Reef was a dream of mine,” said Hook. “When I finally got to go there and dive it, it was more incredible than I could have imagined–definitely top-shelf diving, the colors and life in the reef are something to experience.”