Marty Ryall is tending the garden.

It started when couple moved back to New Albany in 1995 after spending the better part of three decades living in Europe. Bill Ryall was hired to run the IU Southeast men’s and women’s tennis programs, which had been dormant since 1986. He coached the women’s team until 2009 while serving as an adjunct professor, and the couple maintained their commitment to IU Southeast through a number of scholarships.

In 2013, Bill Ryall received the IU Southeast Chancellor’s Medallion, the highest honor awarded by the university. He passed away later that year, leaving behind a legacy of giving and a wife determined to keep that mission alive.

A world away, Bihn Vu Dinh and Huong Thi Bich Nguyen, Vietnamese expatriates living in the Czech Republic, worked tirelessly at their small grocery store — 7 a.m. to 9 p.m., seven days a week — saving what they earned so their son could one day pursue an education in the U.S.

From the moment he was born, Tuan Ahn Vu’s parents had a dream that he’d one day travel to the United States, a land they considered to be full of promise and opportunity. At the age of 17, he enrolled in an international student exchange program and made his first trip to America – to Crawford County, Indiana. 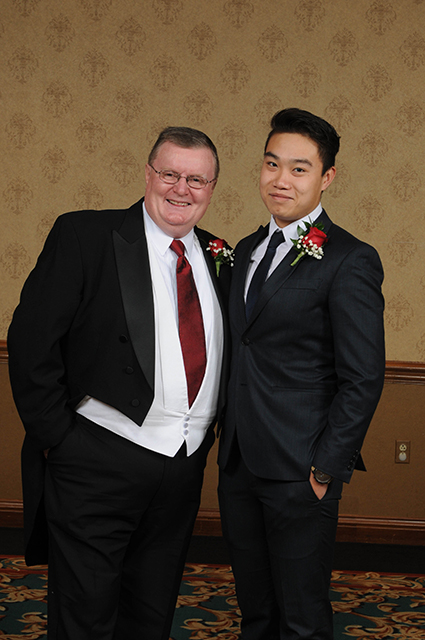 The Ryalls’ vision to offer financial assistance to IU Southeast students and Vu’s dream of earning a degree from an American university would soon be intertwined.

In Voltaire’s famous satire “Candide,” the novella concludes with characters recognizing the imperfections of the world and deciding to give up their philosophical ideals and adventures in exchange for living a quiet, idle life tilling their gardens.

It was a message that resonated with Marty Ryall on a personal level.

“They all decided they would just sit at home and tend their gardens and they wouldn’t get involved in anything in the community, because that way, there would be no controversy,” she said. “I sometimes had that feeling. Now it’s totally different for me.”

That’s because the seeds her husband planted were for a community garden – the fruits of those labors intended to support students seeking degrees and advance the mission of higher education. Continuing that legacy became less about simply carrying his torch and more about keeping it ignited with her own passion.

“The older I get, the more importance I see in knowing what’s going on in your community and that it’s a really positive thing to help,” she said. “Unless you do something like this, like what I’m doing, I don’t know what’s going on in my community. I like to be informed.”

Marty Ryall has continued to support the scholarships she and her husband established. The two founded the Robert B. Ryall Memorial Scholarship for tennis and the William F. and Martha J. Ryall Scholarship. She also gives towards the prestigious Chancellor’s Medallion Scholarship.

Vu has been a direct beneficiary of the Ryalls’ gifts.

After experiencing America through the lens of Crawford County, Vu chose to attend IU Southeast to pursue economics and public policy and finance degrees because he could remain close to his host family and because the university offers a world-class business program.

He committed to an active student life on campus, joining the Economics Club, the Accounting Club and the Student Alumni Association. He also became a founding member and treasurer of the Kappa Sigma fraternity on campus.

“Just doing school is boring,” he said. “I wanted leadership positions to be a better leader. I wanted to learn how to time manage. It adds value to my college experience.”

During his junior year, Vu learned that he had been awarded the Chancellor’s Medallion Scholarship, which recognizes student leaders on campus and in the community.

That aid afforded Vu the opportunity to take on a math minor to better prepare him for a career as an actuary — a math- and statistic-heavy field.

More importantly to Vu, the scholarship alleviated a significant financial burden on his parents, who were paying for his education out of pocket.

His parents were thrilled. Beaming with pride, they announced Vu’s scholarships to their friends and family in Vietnam.

“He’s an American now!” they’d respond. “He’s getting awards and scholarships! You must be so proud of your son.”

Though Ryall doesn’t know Vu personally, she, too, felt a sense of pride once she learned of his accomplishments.

“It makes me feel wonderful,” she said. “It makes me feel like he’s very deserving. I now know who he is, and that is even more important than just giving the money for scholarships. It’s nice to know who it goes to.”

A LIFETIME OF LEARNING

Over the years, Ryall has become deeper and deeper entrenched with the IU Southeast community. 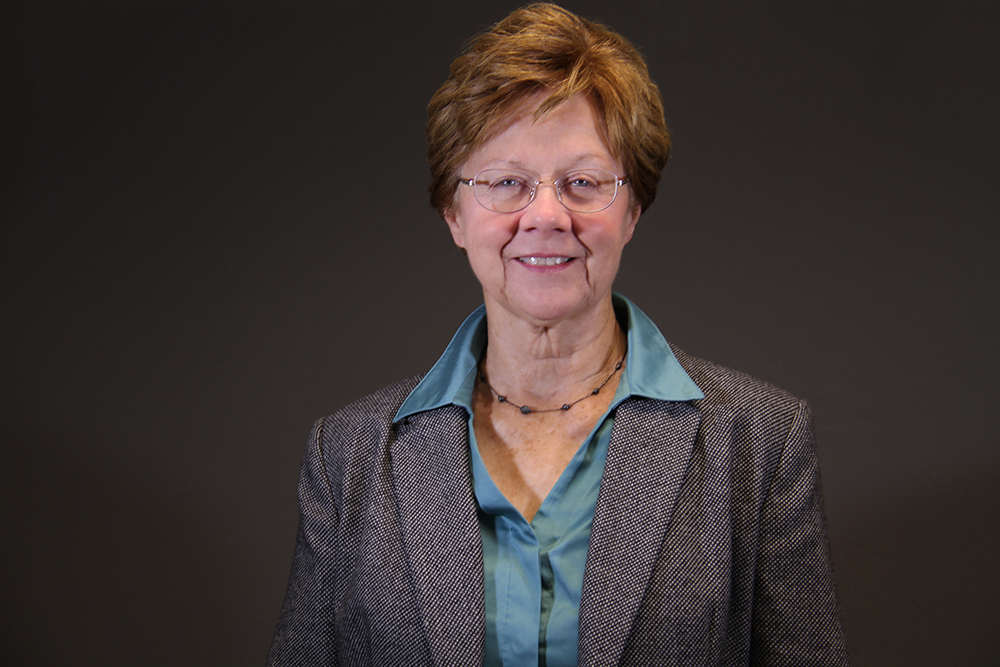 She is a season ticket holder at the Paul W. Ogle Cultural and Community Center, which she calls “a wonderful gem for the entertainment in our area.” She has taken foreign language courses on campus, recalling a particular instance where a German instructor opened up a class specifically for Ryall and one other student so they could earn credits – “A good reason to give back,” she noted. She attends the annual Chancellor’s Medallion dinners, where she gets to watch the students she helps support receive their special recognition on stage.

Education is more to Ryall than something she funds financially. Education is a lifelong journey for the former math teacher. She enrolls in continuing education courses and studies balkanization and the history of Germans in Louisville. She takes piano lessons and plays duets once a week with a friend. Once a week, she teaches French to a group of elderly women.

“Learning is the key to success in life, I feel,” Ryall said. “Without that, you can’t talk to people, you can’t communicate with them. It opens your doors to access good jobs.”

She has played a key role in opening those doors for Vu, who is on track to graduate in May 2017. Vu is currently president of the Economics Club and of the Interfraternity Council. Beyond IU Southeast, Vu’s sights are set on completing the Chartered Financial Analyst (CFA) Program exam, getting his feet wet as an actuary and eventually pursuing his M.B.A. Coincidentally enough, Ryall’s daughter is also an actuary.

Vu was selected to speak at IU Southeast’s annual Scholarship Luncheon, which recognizes scholarship recipients and donors. In his remarks, he took a moment to express his gratitude to the people like Ryall who made scholarships like his possible.

“I would like to thank all the donors as well as IU Southeast’s committed faculty for making my experience at this school unforgettable,” he said. “My experiences have turned me into a better person, who is ready to take on the world.”