NEW ALBANY, Ind. — The Indiana University Southeast community is saddened to learn of the passing of John E. Reisert, former chancellor and dean of education, on Sunday, Oct. 16, at the age of 86. 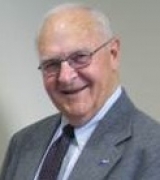 Reisert, a 1953 graduate of Indiana University, served IU Southeast for 25 years as an education professor, dean of education, vice chancellor and acting chancellor for one year.

After retiring from education, Reisert ran for Floyd County Commissioner in 1998, which he won, and served eight years until 2006. During his tenure, he added new zoning and subdivision control ordinances, increased the staff size, and improved ambulance services in the county.

He was a founding board member of Horseshoe Foundation of Floyd County. In gratitude to his public service, foundation established the Dr. John E. Reisert Scholarship at IU Southeast. The scholarship is awarded annually to a full-time non-traditional student who actively serves his or her community.

Reisert was the recipient of the IU Southeast Chancellor’s Medallion in 2007.

According to his obituary, Reisert was an avid traveler who visited Europe, Asia, Africa, Mexico, Australia, Canada and New Zealand. He was an accomplished and popular public speaker and gave commencement addresses at many universities.

A funeral is scheduled for at St. Mark’s on Thursday at 10 a.m. with a private burial. There will be no visitation. In lieu of flowers, donations may be made to Hosparus, Community Montessori, St. Mark’s United Church of Christ, Beargrass Christian Church or Friend for Life.