One September afternoon in 1941, a black woman crossed the river from Louisville and became the first student to enroll in the Indiana University Falls City Area Center, the historical foundation of IU Southeast.

Radford was born Lyda Sparks in 1900 in Kentucky. Before she enrolled in the Falls City Area Center, she was a student at IU Bloomington for a semester in 1937. 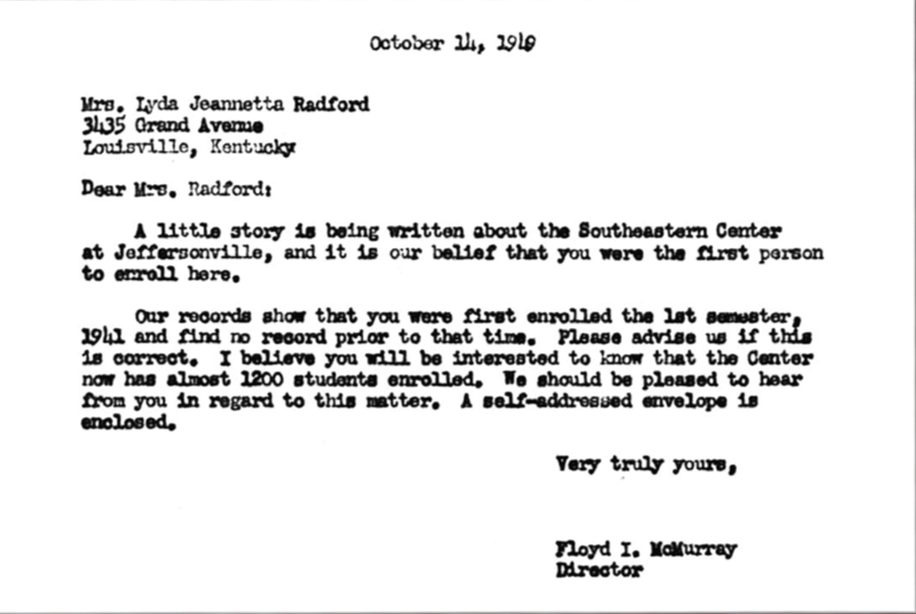 Five days later, Radford responded to the letter, confirming she was enrolled in the fall 1941 semester and reflecting on the center’s growth. 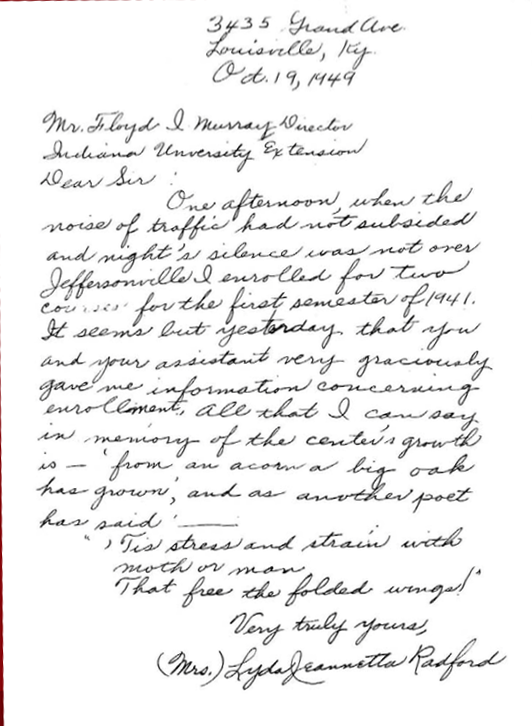 One afternoon, when the noise of traffic had not subsided and night’s silence was not over Jeffersonville I enrolled for two courses for the first semester of 1941. It seems but yesterday that you and your assistant very graciously gave me information concerning enrollment. All that I can say in memory of the center’s growth is – ‘from an acorn a big oak has grown,’ and as another poet has said –

“’Tis stress and strain with moth or man

That free the folded wings!”

Radford’s quote in the letter, “From an acorn a big oak has grown,” describes the transition from the Falls City Area Center to the Jeffersonville Extension Center. Today, it also describes IU Southeast’s transition through the decades of its history.

Radford passed away in 1981 in Louisville. Her legacy lives on at IU Southeast today, as the campus continues to experience growth and change now and decades in the future.