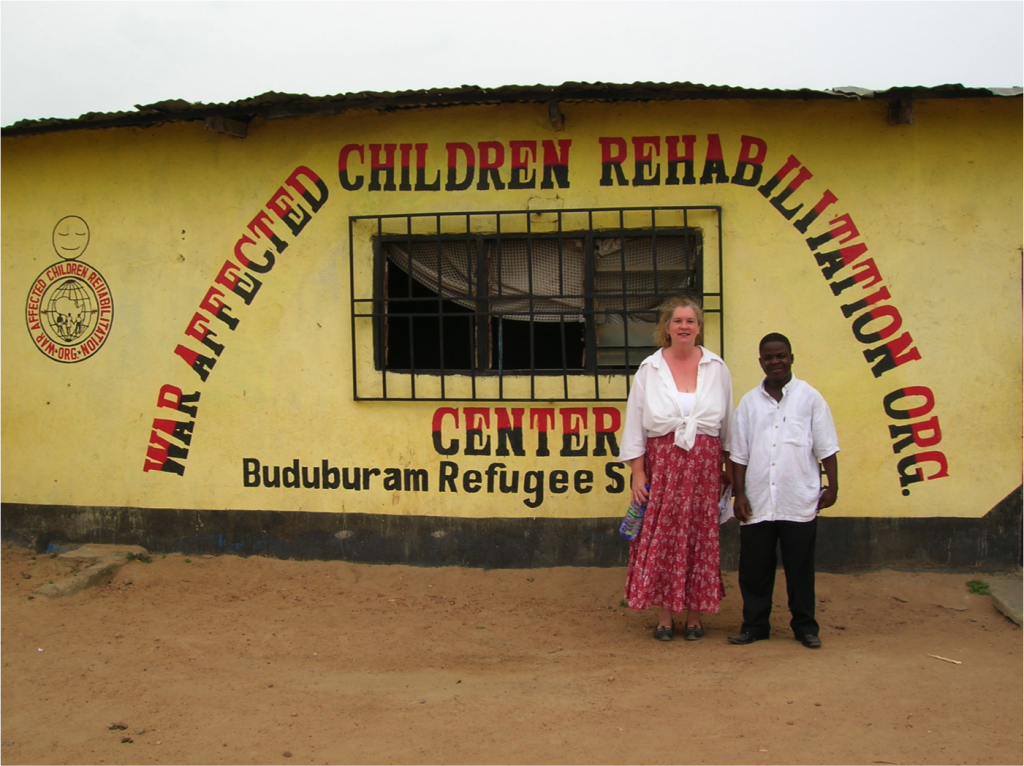 A former Liberian child soldier found he could no longer eat red meat or red sauce in public because it reminded him of when he was forced to eat other human beings’ arms and legs. Another Liberian was affected by seeing 400 children being buried alive by a bulldozer.

These are just a couple of events that resulted from civil war in Liberia, Lucinda Woodward, co-director of IU Southeast’s international programs and assistant professor of psychology and international studies, said.

“You can’t even fathom the atrocities the people experienced,” Woodward said. “It was just beyond belief.”

Woodward and her research assistants traveled to Liberia in the summer of 2009 to conduct research on post-traumatic stress disorder (PTSD) in former Liberian child soldiers. They collected epidemiological data by visiting the former child soldiers’ homes and getting information about the soldiers’ experiences, as well as how they were affected by those experiences.

Woodward said her research taught her that Liberia has a huge need for mental health services.

“When I visited Liberia, I think I was the only doctoral-level clinical psychologist in the entire country of three million people,” she said.

Woodward did not go back to Liberia after that, but her research assistants continued to gather data through 2012. As a result of the research, Woodward and her assistants found that around 50 percent of the former child soldiers were experiencing PTSD.

The group wanted to go back to Liberia in 2014 to collect more data, but an Ebola outbreak began. 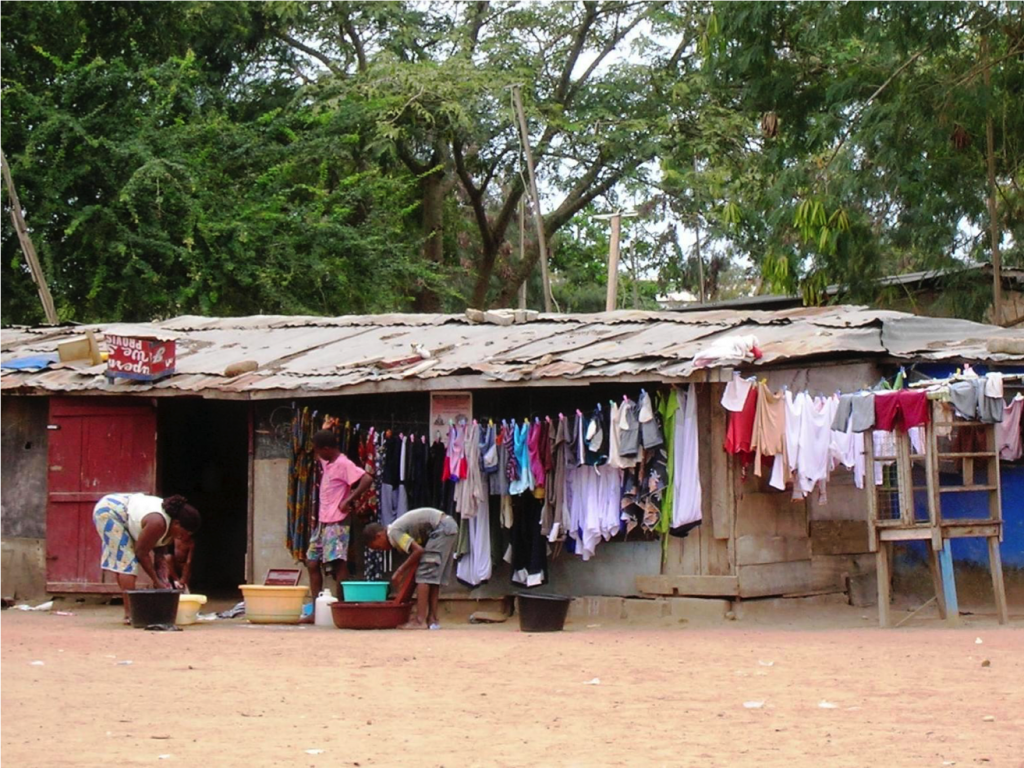 A child soldier washes laundry for a living at the Buduburam Refugee Camp in Ghana.

War in Liberia and its effects

“Former slaves in the United States were sent back to Liberia to colonize it for the United States,” she said. “And they were successful. But they became the ruling elite, and crushed the indigenous people there. In fact, many of them were not originally from Liberia. People came in the slave trade from all over Africa.”

The indigenous people overthrew the Liberian government in the 1980s and established their own government. After that, the first Liberian civil war began.

Woodward chose to conduct PTSD research in Liberia because her other PTSD research experiences helped her become immersed in the topic. She began conducting PTSD research as a result of the terror attacks on Sept. 11, 2001. She was a faculty member at Ball State University in Muncie at the time.

“I was looking at what we call secondary traumatic stress, which is when you’re exposed vicariously to a stressor,” Woodward said. “Specifically in that case, it was collecting data on responses to the collapse of the World Trade Centers as it happened. That was how I got my feet wet. I didn’t mean to. It just happened.”

In 2006, Woodward was teaching a graduate clinical psychology program at Ball State when one of her students, Matthew Decker, said he knew a population that was heavily experiencing PTSD.

“He had lived in Ghana when he was young,” Woodward said. “His father was a refugee expert and had consulted with Liberian war refugees when they fled the war back in 1993. He worked with them and helped with resettlement issues. They had a very large refugee camp there. It’s actually called Buduburam, and it had probably 35,000 people living there. So it was almost a small city.”

Woodward earned $50,000 in grant money to take the fall 2007 semester off to work with the Liberian war refugees in Buduburam.

“While we were there, I was making initial contacts,” Woodward said. “We came across a sub-population of war refugees who were in fact former child soldiers.”

Most of the former child soldiers were recruited between the ages of 12 and 14, and they fought with the rebels, Woodward said. As a result, they had several needs.

“They obviously were suffering from the same post-traumatic stress disorder, but they had other issues too, such as guilt associated with their service,” Woodward said. “They were socially ostracized, and they couldn’t integrate back with their society.” 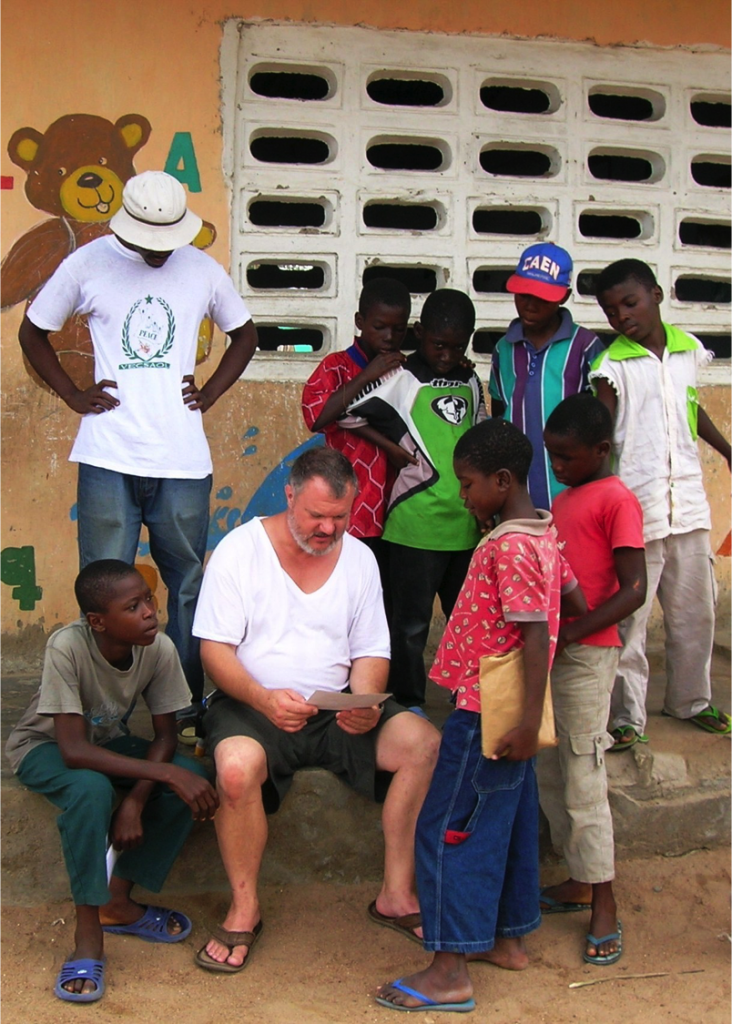 “I spent 12 weeks working on group therapy skills and psychotherapy skills development, and then we had (the volunteers) meet regularly with the refugees as well as the small subgroup of child soldiers sent to be getting this therapy as well,” Woodward said. “We did group therapy for all of these folks and then, in addition, I did individual psychotherapy specifically with the child soldiers, because their needs were so intense and many times they had seen so much worse fighting and exposed to extreme torture.”

Woodward and the volunteers found that cognitive behavior therapy works the best for treating trauma.

“It forces someone to re-explore what they are trying desperately to avoid, and then reframe it with a different cognitive solution,” Woodward said.

After Woodward left Ghana, most Liberian refugees in Ghana were sent back to Liberia as the situation improved there. Others settled in other countries, including the U.S. As a result, Buduburam was empty within two or three years.

Woodward wants to have her PTSD research published in journals dedicated specifically to traumatic stress. She hopes her research will help people become aware of the need for mental health services in developing nations.

In the meantime, Woodward said she wants to work with a former client, Agusutine Lekpeyee, who lives in Liberia. Lekpeyee was trained as a trauma counselor and a research assistant during her previous research projects, and he is pursuing his bachelor’s degree in counseling at the University of Liberia.

Woodward will help Lekpeyee design his research project and get institutional review approval, but she will not go back to Liberia due to the high risk of contracting Ebola. As a result, Lekpeyee will collect the data.

Woodward also said her involvement in PTSD research has sparked interests in travel and international education. As the co-director of international programs at IU Southeast, she encourages students to take study-abroad courses.

“Each of the study-abroad classes essentially are research courses, so students have a research project that they contribute to,” Woodward said. “That way, we achieve two educational goals at the same time: the international piece as well as the research experience.”