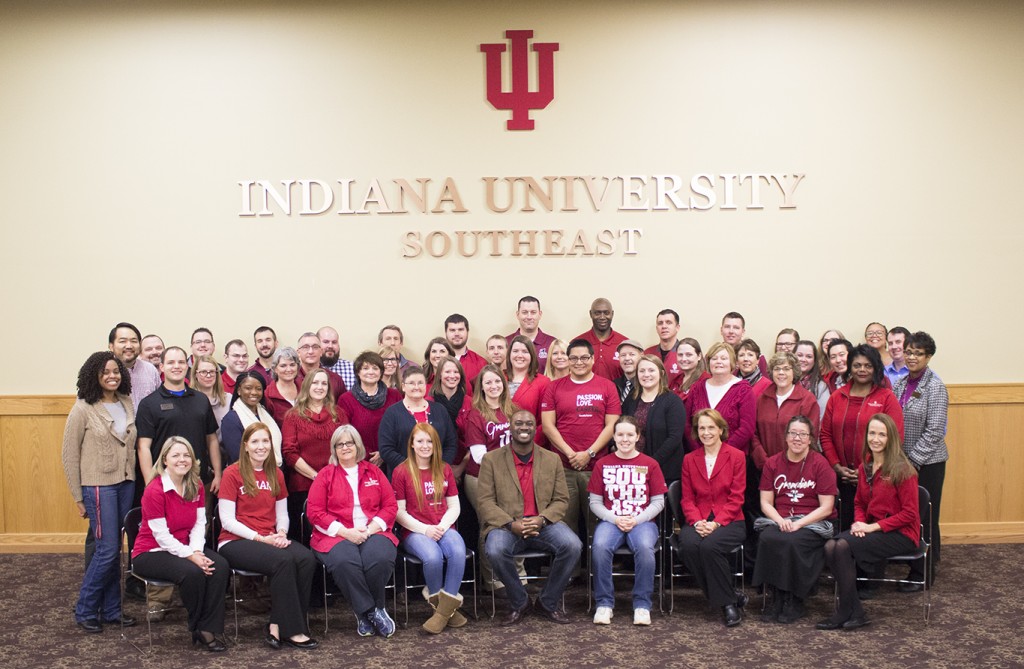 The IU Southeast Student Affairs staff, headed by Vice Chancellor Jason Meriwether, has been named one of the Most Promising Places to Work in Student Affairs for the second consecutive year.

NEW ALBANY, Ind. – For the second consecutive year, the publication Diverse: Issues in Higher Education has named IU Southeast one of the Most Promising Places to Work in Student Affairs.

IU Southeast and 18 other universities received this distinction for 2016. The universities were featured in the Feb. 25 issue of Diverse.

Diverse and The Ohio State University conducted a national web-based survey to select the universities that were named the Most Promising Places to Work in Student Affairs. The survey contained several categories, including:

At IU Southeast, Vice Chancellor Jason Meriwether oversees the Division of Enrollment Management and Student Affairs. Fifty-one full-time and 22 part-time staff members in various departments — including the Adult Student Center, the Career Development Center, Campus Life and others — work in this division.

“This accolade is a reflection of the values and strategic focus of the IU Southeast Student Affairs team. We are committed to diversity in varying ideas, thoughts, and approaches to creatively enhance the campus experience,” Meriwether said. “Our student affairs team embraces diversity as the nexus where the shared value for student learning and engagement intersects with the uniqueness of each person’s identity.”

Diverse and the American College Personnel Association (ACPA) have conducted the Most Promising Places to Work in Student Affairs survey annually since 2011. The survey is administered by the Center for Higher Education Enterprise (CHEE) at The Ohio State University.

The study highlighted five Promising Practices that student affairs personnel at the Most Promising Places cited as reasons they enjoyed working in their units:

CHEE is a research center that promotes the responsibilities and roles of public higher education. In addition to conducting research, CHEE analyzes policies and reaches out to universities to help improve higher education.