NEW ALBANY, IN (Jan. 27, 2013) – The man behind Priceline.com will reveal his start-up secrets at the fifth annual Sanders Speaker Series at Indiana University Southeast. 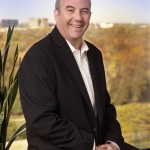 Renowned businessman and serial entrepreneur from Priceline.com, uBid.com, and ColorJar, Jeff Hoffman, will be the keynote speaker for the series at 7 p.m., Feb. 19, at the Paul W. Ogle Cultural and Community Center at IU Southeast.  A self-described serial entrepreneur and internationally recognized innovator, Hoffman has founded and led several technology companies including Priceline.com, uBid.com, and ColorJar.

Hoffman is a columnist for Inc. Magazine, and collaborates with the White House, the Executive Office of the President, and the US State Department to support business and economic growth initiatives. He has received numerous honors for his work in innovation and entrepreneurship including the Lifetime Achievement Award from the Collegiate Entrepreneurship Organization, induction into the Hall of Fame of the National CEO Council, and the 2012 Champion of Entrepreneurship Award from Rising Tide Capital and JP Morgan Chase. He also has been named one of the 25 Most Influential Executives in Travel and Tourism Worldwide.  After founding Priceline, Hoffman switched gears into the world of entertainment. As the Chairman and CEO of Black Sky Entertainment he produced independent movies such as the horror flick “Cabin Fever,” and worked with musical acts including Elton John, Britney Spears, *NSYNC, Boyz II Men, Ashanti, Fat Joe, Cash Money Millionaires and more.

Hoffman also spends a significant amount of time with entrepreneurs at the college level. He has served as a mentor in Stanford University’s Venture Lab, an Entrepreneur-in-Residence at Georgia Tech and Rollins College, and has judged business plan competitions at MIT, the University of Chicago’s Booth School of Business, Pepperdine University, and the University of Illinois at Chicago. He also advised the entrepreneurship programs at Kent State University.

Get your tickets
Admission is complimentary for the Feb. 19 event, but tickets are required. Two tickets per person can be reserved on a first-come, first-served basis by calling the Ogle Center Box Office at (812) 941-2525.

Please note that arrangements for the appearance of Jeff Hoffman made through Executive Speakers Bureau.